The amendments to this directive must be transposed into national law by the members of the EU, so that the amendments will take effect no later than May 28, 2022. The German legislature has already enacted corresponding laws. Above all, the changes focus on the German Civil Code (BGB), the Introductory Act to the German Civil Code (EGBGB) and the Unfair Competition Act (UWG). The following is an overview of the most significant changes.

The Act to Strengthen Consumer Protection in Competition and Trade Law, which was promulgated on August 10, 2021 and will come into force on May 28, 2022 brings fundamental innovations.

Right of action for consumers

Consumers are being granted a claim for damages in case of violations of the consumer protection provisions of the UWG, which is calculated on the basis of what is called the “negative interest”: The consumer is to be put in the same position as if the unfair commercial act had not occurred. If a contract is concluded with the company that acted unfairly, the consumer can thus withdraw from the contract or demand compensation for a reduced value of the goods delivered or services rendered. If a contract has not yet been concluded, the consumer can – for example, in the case of misleading advertising – claim compensation for wasted travel costs to the retail store. The new regulation of the UWG is a fundamental change in the system of available legal remedies under the UWG and enables consumers to take action against companies for violation of the consumer protection rules of the UWG even without a contractual relationship and in the case of mere negligence.

The approximation of regulatory sanctions in the EU Member States and the implementation of effective and efficient regulatory enforcement mechanisms is an explicit objective of Directive EU 2019/2161. Therefore, its Article 3 No. 6 provides for the introduction of a fine regime regarding widespread violations of the Unfair Commercial Practices Directive rules. This will be implemented with the amendments to the UWG, which also provide for a number of adjustments to the rules on fines.

The importance of the platform economy on the Internet is growing and is often in the hands of a few, large platform operators in individual markets. Directive (EU) 2019/2161 stands together here with Regulation (EU) 2019/1150, which requires search engine operators to disclose the key parameters and their weighting for ranking in search results in a way that is understandable and easily foreseeable. This transparency requirement is extended to online marketplaces and comparison portals by Directive (EU) 2019/2161. In addition, online marketplaces will be required to provide information on whether the individual contributor is acting commercially or in private capacity, and how it is ensured that customer reviews stem from actual buyers. This has been transposed into German law.

The amendments to the UWG also contain a number of minor amendments on special issues, which, however, are only partly prompted by the Directive. For example, the addition to Section 5 a IV 2 UWG on the advertising labelling of influencer contributions. A commercial purpose is only to be assumed if the influencer receives a fee or similar consideration for his contribution.

The Act Amending the Civil Code and the Introductory Act to the Civil Code in Implementation of the EU Directive on Better Enforcement and Modernization of Union Consumer Protection Rules, also promulgated on 10 August 2021 and coming into force on 28 May 2021, results primarily from the part of the Directive amending and supplementing the Directive on Unfair Contract Clauses (93/13/EEC) and the Consumer Rights Directive (2011/83/EU). This mainly concerns contracts on digital content and digital services, with particular emphasis on the “payment” of services by providing personal data.

From now on the Consumer Rights Directive (2011/83/EU) also applies to contracts for the provision of digital services for which the consumer does not pay a price, but within which the consumer provides personal data to the trader. However, these innovations require only partial changes to the BGB. This is because sections 312 et seq. BGB already apply to all contracts that have a “paid for service” as their object, i.e. also to contracts for digital services for which the customer “pays” in a certain way by providing and allowing the processing of its personal data.

Changes to the right of revocation

There are also changes regarding the right of revocation of contracts in the digital domain. In the case of digital content and services, a distinction will be made in future between contracts where consumers have to pay money and those where they can “pay” with personal data.

The right of withdrawal shall expire for contracts in which the consumer pays with personal data for a digital service when the contract has been fully performed, for digital content when the trader has started to perform the contract.

In this respect only digital content that is not provided on a physical data carrier, e.g. via download is covered by the new law. Digital services are services that enable the handling of data, such as clouds, file hosting or streaming services.

An important component of the Directive is the specification of the transparency of online marketplaces vis-à-vis consumers. This is also implemented into German law.

The information obligations for operators of online marketplaces will be set out in a new section 312k of the German Civil Code (the existing section 312k will become section 312l). Details of the information obligations are set out in a new Article 246d of the EGBGB. These mainly concern the disclosure of the main parameters for determining the ranking presented to the user, information about the entrepreneurial status of those offering their goods, services or digital content on the online marketplace, and the applicability of consumer protection law.

In addition, operators of an online marketplace are required to provide information about other circumstances that are of material importance for a consumer’s decision to conclude a contract on an online marketplace. These are, in particular, possible economic interdependencies and market coverage, which the German Federal Cartel Office identified as a problem area in its final report of its sector inquiry into comparison portals presented in April 2019. The required further information includes the following:

In addition to the significant changes to the UWG, the EGBGB and the BGB, the Directive also entails a number of minor changes in other areas of German law. One example is the change to so-called “coffee tours” (organized day trips that are often linked to sales events that take the consumer by surprise). The new directive allows national legislators to impose stricter regulations on doorstep advertising and coffee tours. German lawmakers have taken this up by amending the Trade, Commerce and Industry Regulation Act (Gewerbeordnung) to increase the organizer’s notification and information requirements vis-à-vis the competent authority and the participating consumers. 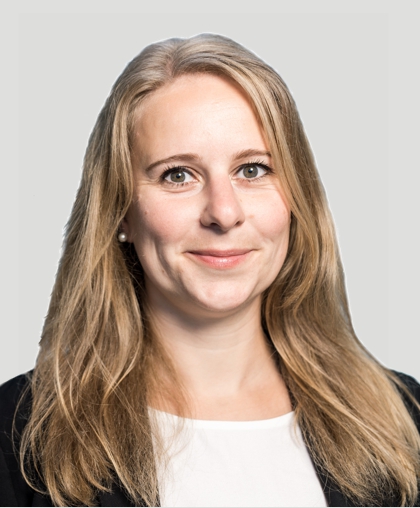